skip to main | skip to sidebar

Arugula with a message

The 2013 Garden Season is in full swing! I have lots of good news and some less good news to share. Good news goes first.

Thank-you to Bountiful Brookline for the seeds. Seedlings are on my porch and ready to go in.
Special thanks to Valerie and the GreenThumb Growers at 99 Kent! The greenhouse is bursting at the seams  and they've provide dozens of plants that are in the garden already. 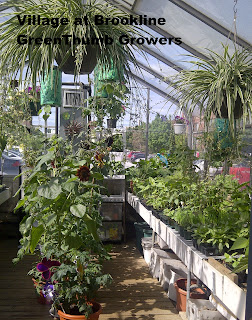 The spicy arugula from 2012 self seeded and it's doing fantastic. It needs to be harvested. Take your scissors and cut it right at the base. Help yourself but be warned, it's got some kick.

The chives are doing great! Those too can be harvested anytime and they will keep growing. Bring your scissors and cut 1/2" from the ground. 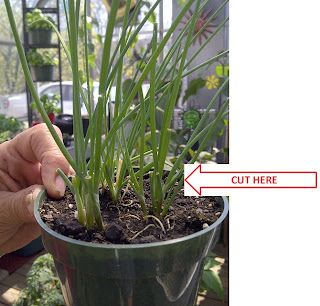 Email to follow shortly as we'll be setting up a regular weeding-watering night.


Posted by Simone Smith at 7:19 AM No comments:

Thank-you for a Great Season.

Jenny and I got the garden cleaned up today with help from Ian, Cedar, and Hudson. We left in kale and lettuce so please help yourselves.

Thanks to Yvonne for the tomatoes - they continue to be awesome. We couldn't have done the weeding without all your help: Laura, Max, Hannah, Christina, Ian, Pat, Noah, Roberta, LuraLee, Hudson, and Cedar. Thanks to Kevin and Nancy for watering. And thanks also to Joe and the Village at Brookline/WinnResidential for the use of their fence-line without whom we wouldn't have a garden.

As always, feedback is welcome, as are suggestions and donations for 2013. (We are looking for a new hose reel in 2013)

p.s. Tomatillo salsa is awesome. Next time I will use all the jalapenos!
Posted by Simone Smith at 10:34 PM No comments:

I have both good and sad news. The sad news is that the 2012 garden season is coming to a close. All are welcome to come help put the garden to bed for the winter. Fall Clean-up begins Saturday October 27 @1:30 pm. We'll have some snacks and  apple cider.

We still have green tomatoes, salad greens, kale, and oregano. Here's a sampling of last weekend's haul. Can you say Tomatillo Salsa!? (Does anyone still have cilantro ...). 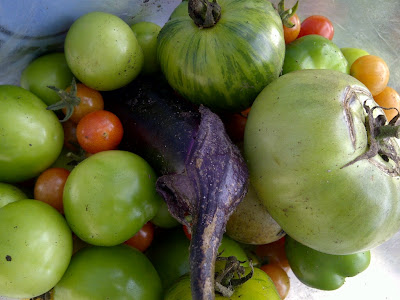 The good news is that it is time to plan for 2013. If you have suggestions for next year and/or  feedback on 2012, we'd love to hear from you (all feedback is welcome). For example, some people would like larger cucumbers and tomatoes. Got it! At National food day this evening I tried some sage lemonade and it was delicious! Sage is another one for 2013. Feel free to email me at 200footgarden@gmail.com.

Hope to see you Saturday!
Posted by Simone Smith at 7:44 PM 1 comment:

Hello 200' Gardeners - the days are getting shorter (and this week they were wetter). Tuesday night got rained out before we could finish. Come on out this Sunday, September the 9, at 2 pm, for some more garden fun.We have tomatoes, cucumbers, kale, very spicy arugula, basil, and beans!! Hope to see you soon.

p.s. I forgot to give photo credits this week to H. Kennedy.

Posted by Simone Smith at 9:59 PM No comments:

September in the Garden

As a newcomer to Brookline and the 200’ Garden, we have enjoyed getting to know our neighbors. We get tons of compliments and comments whenever we are out weeding, watering, and simply walking by. But not everything we hear is positive. Last week I was reprimanded because the tomatoes were not getting large. I tried to explain that we only (mostly) planted cherry tomatoes. The same person was upset about the small (pickling) cucumbers. Another person last week was upset that we picked a couple of small eggplant and told me that they were "too small". But by and large, what we hear is positive. It’s great to pass by and see people harvesting some veggies, to be told that their son found another cucumber. We even get people’s phone numbers. Here are just a few things people have said to us:

“This garden is my favorite part of summer”.

“My child only eats vegetables out of this garden".

“Thank-you so much for doing this. I don’t know why you do it. You’re a nicer person than I am.”

After a short visit, two people have said, “Hey, I just met you, this is crazy, but here’s my number, call me maybe.”

Is it odd that two people are called “Maybe”?
Posted by Simone Smith at 9:51 PM No comments:

Is July 15 too early for cukes?

If Roberta has tomatoes ready, then I suppose it's OK to have cucumbers! Thanks to Laura, Christina, and Hannah who weeded and collected the last of the peas last Tuesday. Regular worknights are winning the battle against the weeds. Yahoo. Special thanks to Hudson for watering all 200'.

Posted by Simone Smith at 1:02 PM No comments:

Look who is loving this weather: 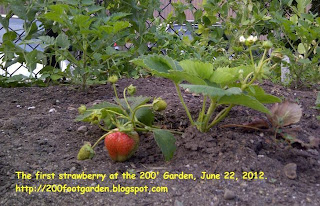 p.s. Please eat the peas and the lettuce and arugula.
Posted by Simone Smith at 7:15 AM 1 comment: 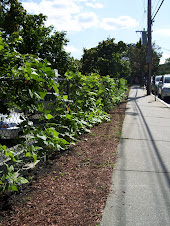 The 200 Foot Garden is a community garden/art project, to create a commuter garden in Brookline, Massachusetts (near 99 Kent Street). Our hope is to add some beauty and delight to a very everyday stretch of sidewalk and chain-link fence. It's also our hope to remind people that healthy vegetables can be grown in all sorts of environments, not just farms or big yards or community garden plots. The 200 Foot Garden is also a way to bring together neighbors in a project designed to share good things with the people around us.

The project is headed by Patrick and Tracy Gabridge. In our everyday lives, Patrick is a novelist and playwright, and Tracy is a librarian.

The budget for this comes out of our pockets and from donations from folks like you. If you'd like to donate funds to help us buy seeds, compost, and other supplies for the garden, please click the button below.

Farm and Garden Blogs We Love

In case you're interested (or concerned), you can check out the results of the soil test by following this link.